You are about to leave the ScienceofMigraine.com website and enter a website operated by a third party. Amgen and Novartis are not responsible for and do not control the content contained on this third-party website.

Get an introduction to migraine disease, and find more information about the burden, clinical phases, and classification of migraine below

Expert Video: What Is Migraine?

World-renowned expert David Dodick, MD, discusses how migraine is more than just a headache in this short video 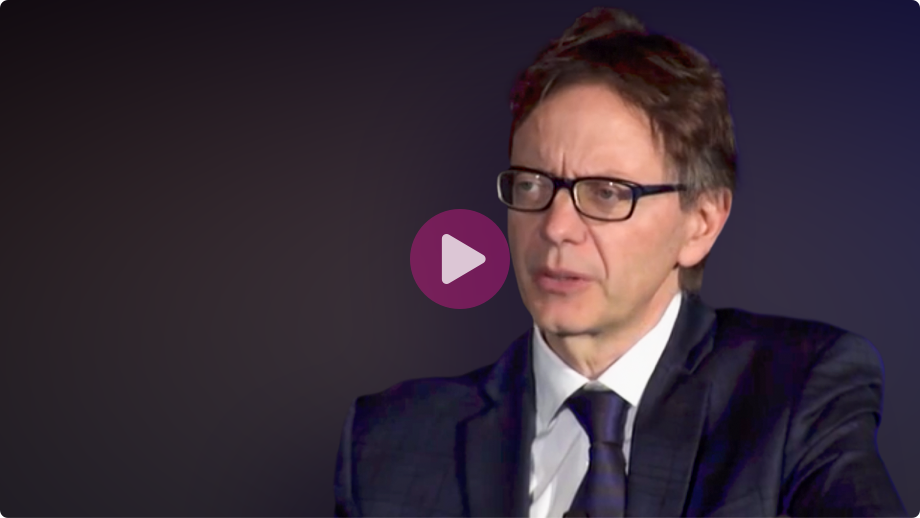 Introduction: What Is Migraine?

Migraine is a major global health issue that affects over 10% of the population (≈ 1 billion people globally) and is the second leading cause of years lived with disability worldwide.1 In the United States, the prevalence of migraine is ≈ 12% and peaks in middle life (30-49 years of age), impacting patients in their prime working years.2,3 Approximately one-third of patients experience headache ≥ 4 days per month.4

The burden of migraine can impact several domains of patients’ lives.2,5-14

Migraine can be divided into 5 phases.15-19 In addition to the characteristic moderate-to-severe head pain experienced during the ictal period, each of these phases may be associated with a range of non-headache symptoms.15-25

Phases of migraine and associated symptoms

Migraine has a complex pathophysiology that is becoming better understood.26 Recent studies have shown that several anatomic regions and molecular pathways underlie the multifaceted symptoms across all phases of migraine.27-30

Learn more about the underlying pathophysiology of migraine and associated symptoms

Clinical findings suggest that migraine can progress over time.31,32 Approximately 3% of patients with migraine transition from episodic migraine (< 15 headache days per month) to chronic migraine (≥ 15 headache days per month for > 3 months, with features of migraine ≥ 8 days per month) every year.15,31,33 Conversely, one study showed that over a 2 year period, 26% of patients with chronic migraine transitioned back to episodic migraine.34 Several factors have been associated with this progression, including the presence of cutaneous allodynia, the presence of nausea, and the effectiveness of acute medication, with less optimal responses increasing the likelihood of a patient’s disease progressing over time.35,36

Migraine can be treated with both acute and preventive therapies, and patients who experience frequent attacks (≥ 4 headache days per month) may require a multidisciplinary approach, which may include a combination of acute and preventive modalities as well as behavioral interventions as part of their treatment plan.33

Migraine may have long-term clinical and pathophysiologic consequences for patients, including medication overuse headache (MOH) and neurologic sequelae.15,31,37,38

Learn more about the clinical management of migraine

Migraine may have long-term clinical and pathophysiologic consequences for patients, including medication overuse headache (MOH) and neurologic sequelae.15,31,37,38

Continue to next section

Expert Video: What Is Migraine?

Migraine is a major global health problem that affects over 10% of the population.1,2 Although it's a distinct disease, a wide range of factors and pathological mechanisms can contribute to the development of migraine in an individual, which can be affected by, for example, genetic, environmental, and metabolic factors.3 The occurrence of a migraine attack can be also influenced by factors such as elevation in specific neuropeptide levels.3 The appearance of specific symptoms and clinical features during an attack, for example whether a patient experiences aura or nausea or photophobia, may depend on genetic, anatomical, as well as neurophysiological and other factors.3 Over time, and with advances in neuroimaging techniques, it's now understood that migraine is a complex neurological disease that is associated with changes in biology, as well as in the structure and function in the central nervous system.3,4

So, there have been new insights into migraine pathophysiology that have contributed to our evolving understanding of this disease.4,5 Migraine attacks occur over hours to days and are divided into several phases characteristically.6-8 Those include the prodrome, the aura, headache, and the postdrome, as well as the interictal state, where patients may still continue to experience symptoms of migraine even in the absence of headache6-8. Some of those non-pain symptoms particularly during the prodromal phase can include fatigue, cognitive symptoms, photophobia, phonophobia, osmophobia, and other sensory sensitivities.6,9,10 Nonpain symptoms associated with a headache phase characteristically and classically include photophobia, phonophobia, nausea, and vomiting.6 And, attacks, of course, can be associated with symptoms of cutaneous allodynia, usually in the form of scalp sensitivity that clinically manifests by patients where they will say they don't like a cap on their head or a ponytail or glasses sitting on the bridge of their nose.6,11 That's characteristic of hypersensitivity to sensory stimulation in the skin, otherwise known as allodynia.11 Functional imaging studies have demonstrated that pain and non-pain symptoms experienced during the various phases of migraine may be associated with specific brain regions.5,7 For example, the hypothalamus is associated with some of the common prodromal symptoms, such as fatigue, photophobia, phonophobia, and cognitive symptoms that appear during a prodrome and have been shown to be present in the earliest phases of an attack, when the first anatomical site to be activated is indeed the hypothalamus.5,12,13

The potential clinical and pathophysiological consequences of uncontrolled migraine include increased frequency of headache or migraine days over time, changes in the type of symptoms that are experienced by patients, changes in the severity of symptoms, as well as changes in the consumption of medication, and, indeed, in the effectiveness of medications.13-16 As an example of disease progression, patients can transition from episodic to chronic migraine over time.13,17 The incidence of that progression is about 3% per year.13 Now, there are a number of factors that have been associated with that progression from episodic to higher frequency migraine, then ultimately to chronic migraine.18 The most important of which is the baseline headache frequency, as well as the frequency with which individuals use acute medications.18 But, there are other factors that have been shown independently to increase the risk of progression, including the presence of cutaneous allodynia, the presence of nausea, and, indeed, the effectiveness of acute medication.18 So, the less optimal the responses to an acute medicine, the more likely that individual is to progress over time, highlighting the importance of optimizing the acute therapy of individual attacks.19 Migraine frequency can also improve over time with a higher proportion of patients transitioning from chronic migraine to episodic migraine than from episodic to chronic migraine.17,20 So, that's the good news that there is a significant proportion of patients who do remit to episodic migraine over time.20 And, sometimes, those patients will move back and forth from an episodic to a chronic pattern, indicating the dynamic nature of this disease.21

Now, there are potential clinical and pathophysiological consequences of uncontrolled migraine, as well, that include the overuse of acute medication, and we all know that patients who overuse medication, usually defined as more than ten days per month, can develop what's known as medication overuse headache, which is a common problem occurring in about 1-2% of the population.6,22 Imaging data suggests that patients on the more severe end of the disease spectrum are associated with more pronounced neurological sequalae, and there have been structural and functional alterations seen on functional neuroimaging in patients with longer disease duration, in patients who have a higher headache frequency, and in patients with medication overuse.23-28 For example, structural imaging studies in patients with migraine suggests that there is a correlation between increased headache-day frequency and alterations in grey matter volume.23

Now, the clinical assessment of migraine severity can be achieved in a variety of different ways.6,29 We can evaluate the headache-day frequency and the consumption of acute medications with the use of a diary, for example6. We can use patient-reported outcome tools to assess the functional impairment of patients over time.29 We can track non-pain symptoms over time, both during the attacks and in between, or in the interictal phase.30-34 And, of course, taking a comprehensive history of patients, including comorbidities.35