Expert Video: Overview of the Underlying Pathophysiology of Migraine

Expert Video: Overview of the Underlying Pathophysiology of Migraine

What biological pathways underlie the symptoms associated with migraine?

World-renowned expert Andrew Charles, MD, discusses the biological pathways that underlie the symptoms associated with how migraine is more than just a headache in this short video 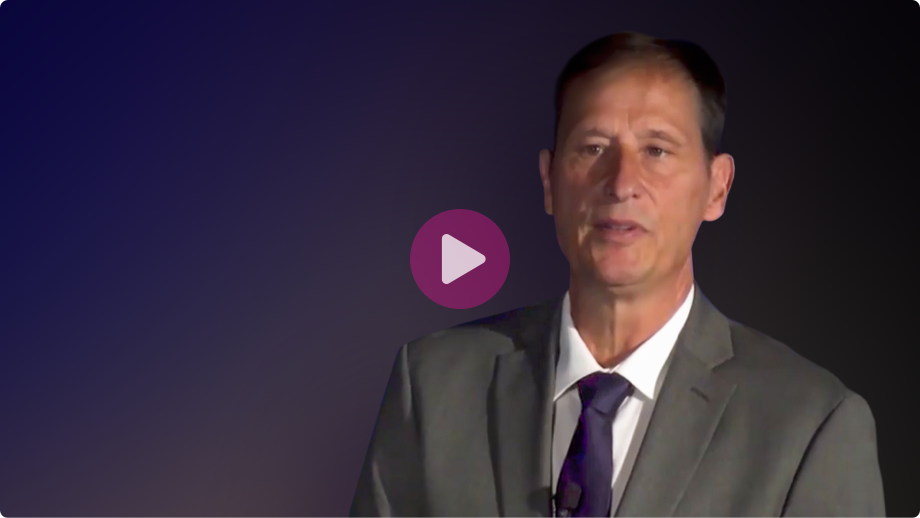 Overview of the Underlying Pathophysiology of Migraine

Recent studies have shown that several anatomic regions and molecular pathways underlie the multifaceted symptoms across all phases of migraine.1-4

Activation of the hypothalamus, as well as neuropeptides involved in homeostatic functions, may contribute to symptoms experienced during the prodrome phase5 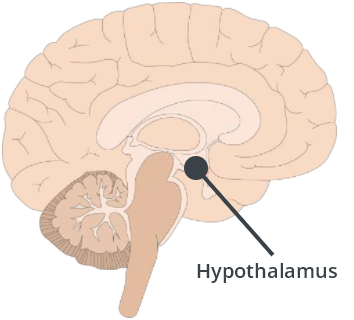 The hypothalamus is involved in a number of physiologic processes, including:6

Studies have shown the activation of the hypothalamus occurs prior to the onset of migraine pain.7,8

Shown are areas of increased regional cerebral blood flow in the early premonitory phase greater than baseline in nitroglycerin-induced migraine. The results are superimposed on an anatomic reference derived from a representative T1-weighted MRI of one of the patients. Activation in the posterior hypothalamic region is highlighted by the circle. The color bar indicates the color coding of the Z-scores. Images are displayed in radiologic convention (ie, the left side of image shows the right side of the brain).7

It has been suggested that hypothalamic neurons that regulate homeostasis may underlie burdensome non-pain symptoms that occur during the prodrome phase and in other migraine phases, including:5-7,9

Cortical spreading depression (CSD) is considered to be the primary pathophysiology behind the aura phase.5,10 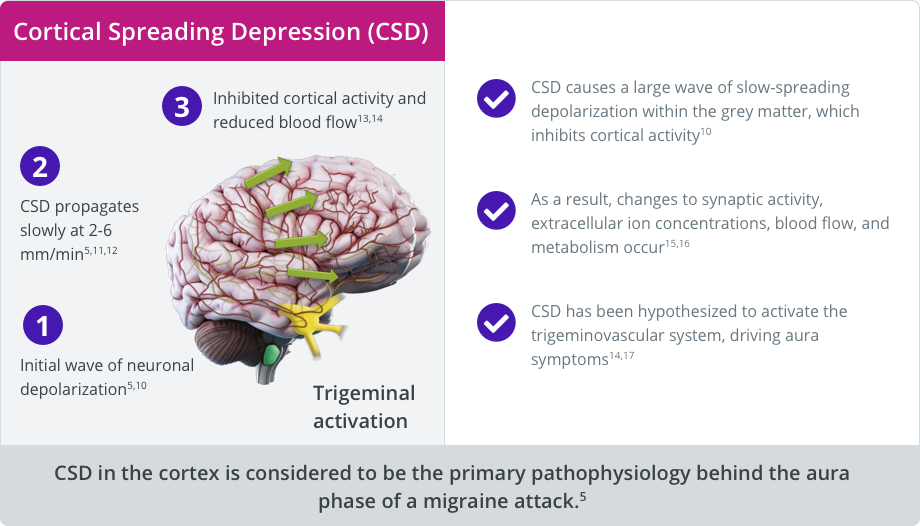 Several neuropeptides have been implicated in the sensitization of the central and peripheral trigeminovascular system, creating a state of hypersensitivity and contributing to both pain and non-pain symptoms during the headache phase.5

Several neuropeptides, including calcitonin gene-related peptide (CGRP), have been implicated in head pain and other symptoms.1

Clinical evidence suggests that CGRP is involved in migraine pain.

Neuropeptides may play a fundamental role in neurogenic inflammation, and peripheral and central sensitization of the trigeminovascular and other systems.1,18,32

Functional and anatomic abnormalities are associated with sensitization and symptoms such as allodynia.33-35 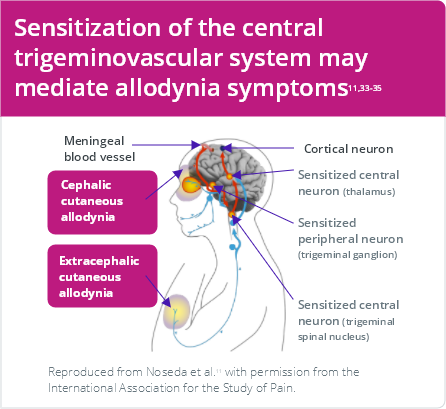 Sensitization of peripheral and central structures may be involved in photophobia.36

Retinal and trigeminal nociceptive input converge in the thalamus…5,36,37

…which can result in the exacerbation of migraine headache by light5,36,37

Hypersensitized visual cortex (V1/V2) may also contribute to this effect5,36,37

There are a number of similarities in the symptoms experienced during the prodrome and postdrome phases.5,38 However, the precise pathophysiological events that underlie these symptoms remain uncertain.5,38

Prodrome symptoms, such as fatigue, food cravings, and cognitive symptoms may endure well into the aura, headache, and even postdrome phases of a migraine attack39-42

Overlap between prodromal and postdromal symptoms raises the possibility that symptoms may continue to occur throughout the attack but are overshadowed by the pain, nausea, and aura experienced during the headache phase5,43

Further research is required to understand the neurologic events that occur in the hours before and after a migraine headache5,43

Some regions of the brain remain abnormally activated after headache cessation, including the olfactory regions, the midbrain, and the hypothalamus.44-47

Functional imaging studies have demonstrated that multiple brain regions may remain active during the interictal period.44

STUDY: H2O15 PET was used to assess the cortical responses of 7 patients with migraine between attacks in response to heat pain and luminous stimulations.44 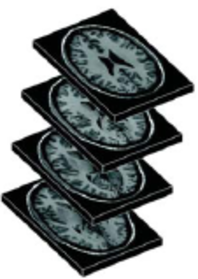 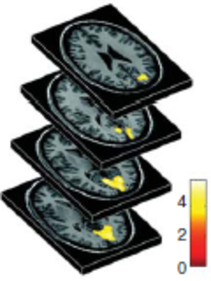 Activations by light at 1800 Cd/m². Axial cross-sections at z=0, z=8, z=16 and z=24. Activations were in the cuneus, lingual gyrus, posterior cingulate cortex and precuneus. Note that the volume of activation is greater in migraineurs and that the activation in controls is more rostral.44

Role of the Trigeminovascular System in Migraine

Migraine may occur as a result of a dysfunctional trigeminovascular system.11

Overview of the trigeminovascular system in migraine 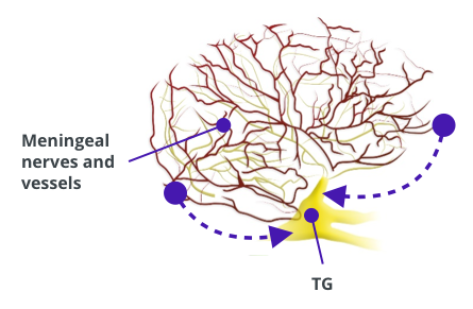 The trigeminal ganglion, located in the peripheral nervous system, relays trigeminovascular nociceptive input from the meningeal vessels and dura mater to the CNS5,51

The trigeminocervical complex receives the peripheral trigeminovascular nociceptive pain signal from the trigeminal ganglion and relays it to the cortex via the thalamus, resulting in the experience of pain5,51

Activation of the other central regions, which project to/from the trigeminovascular system, can also contribute to non-pain symptoms5

Continue to next section

Use the interactive Migraine Pathophysiology Explorer to learn more

Visit the Resource Library to explore materials on monoclonal antibodies

Expert Video: New Findings on the Underlying Pathophysiology of Migraine

It's also clear that multiple other neuropeptides are involved in homeostatic functions, and it's possible that these other peptides could also be involved in some of the early phases or the prodromal symptoms that are observed during a migraine attack.1 So, for example, leptin is a hormone that is produced in the gut and in fat cells that is clearly involved in appetite, but may also be involved in sleep function as well.13,14 Neuropeptide Y, a peptide that's present diffusely in the peripheral and central nervous system, is involved in both regulation of appetite and also involved in sleep as well.15,16 And, orexin-A and -B are peptides that are produced primarily in the hypothalamus that clearly have a role in sleep and may also have a role in appetite.17,18 So, these changes in homeostatic function during prodromal phase may involve a variety of different peptides, including these three, as well as others.1

Cortical spreading depression is a slowly propagated wave of depolarization or excitation of brain activity followed by a depression of brain activity, and it has for some time been assumed that this spreading wave of activity is associated with the migraine aura.1,19 So, the spreading changes in visual function that are associated with the visual aura are believed to be due to this phenomenon that is propagating slowly across the occipital cortex.20 It's been hypothesized that cortical spreading depression may lead to the activation and sensitization of the trigeminal vascular system, and functional imaging studies have demonstrated hyperexcitability and increased functional connectivity in the cortex and cerebellum in patients with migraine with aura.21-25 And, it's possible that these changes are related to this phenomenon of cortical spreading depression.23

There are a number of new findings on the underlying pathophysiology of migraine.1,20 The headache phase of migraine is associated with a distinct pathophysiology that may involve sensitization of the peripheral and central nervous system.8,26 There's activation of nociceptors in the trigeminal system that are relayed through the trigeminal ganglion that signal from the periphery to the central nervous system, generating a sensation of pain.8,27 The upper cervical nerve roots may also be involved in transmitting pain during the headache phase.20 It's believed that repeated activation of the trigeminovascular system may then result in a state of hypersensitivity, which may potentiate pain signals and could contribute to common migraine nonpain symptoms as well.8,26 For example, primary nociceptors and central trigeminovascular neurons may respond to innocuous stimulation of the skin, as if it were noxious, and this is what we call allodynia or cutaneous allodynia, where normal touch is perceived as uncomfortable or painful.28-30

There are several neuropeptides implicated in head pain and peripheral and central sensitization of the trigeminovascular system and other systems during the headache phase.1 For example, calcitonin gene-related peptide and pituitary adenylate-cyclase-activating polypeptide, CGRP and PACAP, and their receptors are expressed in the trigeminovascular system and in the cranial and parasympathetic systems.6,31 And, clinical evidence suggests that they play a significant role in migraine.32,33 Preclinical studies with PACAP and CGRP suggest that both neuropeptides may also play a role in photophobia or light sensitivity that may occur during the headache phase of a migraine attack.1

There are a number of new findings, again, related to the phases of the migraine attack and how these progress.6-9 One of the important points to make is that while we distinguish the prodrome and the headache phase and the postdrome, there may be substantial overlap between these different phases of a migraine attack.1,34 There are a number of similarities, particularly between the prodrome and the postdrome, in terms of the symptoms that are present during these different phases.1,34 So, although, again, we divide them into these fairly discrete phases, the point is that there may be a continuum and a continuous evolution of neurochemical and anatomical events that progress throughout a migraine attack.1,34 The exact neurological events that underlie these different symptoms remain uncertain.1,34

There's been a continued evolution in our understanding of migraine pathophysiology, and, although our understanding remains limited, it's now clear that there are anatomical structures and neuropeptides that are involved in the different phases of the migraine attack.1,20